The Y is the leading nonprofit committed to strengthening community by connecting all people to their potential, purpose and each other.

Working locally since 1908, we focus on empowering young people, improving health and well-being, and inspiring action in and across communities.

Our rich history began when George Williams founded the YMCA in 1844. Here’s a snapshot of our many successes over the decades on behalf of the individuals and communities we are privileged to serve.

Service to the First Coast

Notable Moments in Our History on the First Coast

Records show the first YMCA in Jacksonville originated in 1870 with J.M. Baker as president. The history of that organization was lost after 1876 and by 1900, there was no longer a Y in Jacksonville. 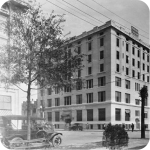 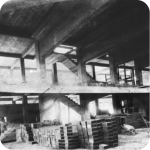 On February 20, 1908, YUSA approves charter for the YMCA of Florida’s First Coast. A seven-story YMCA opens at the corner of Laura and Duval Streets with a membership of 12 men. Designed by famed architect Henry John Klutho, the Y was framed entirely of reinforced concrete and eventually featured an indoor running track suspended over the gymnasium by cantilevered concrete beams.

WATCH: Building a Better Us

Read more about Our Impact in Northeast Florida.