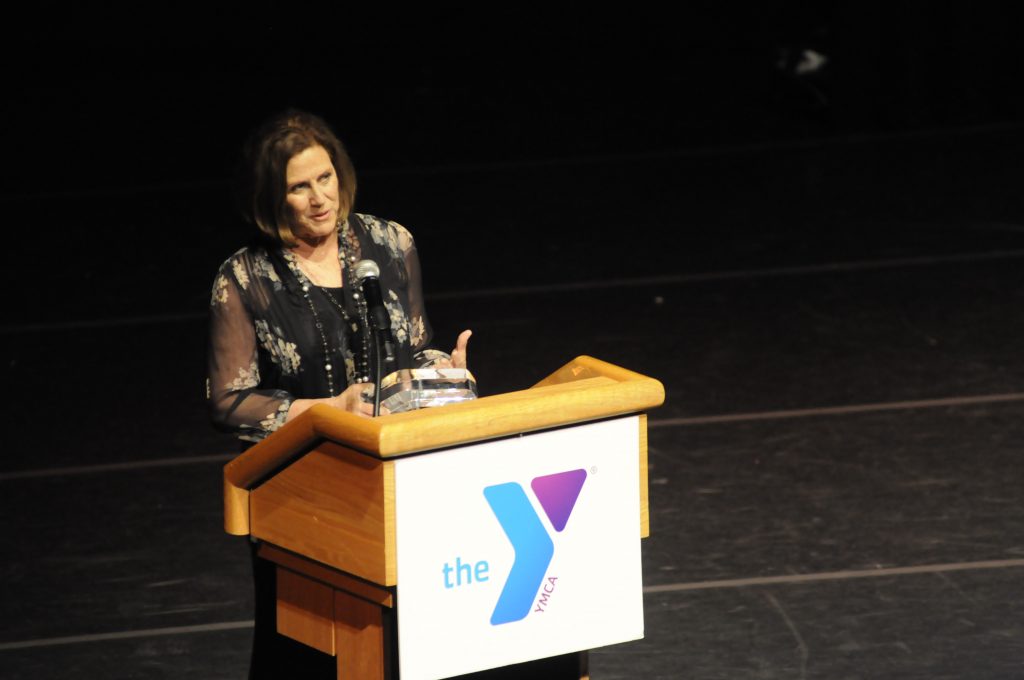 JACKSONVILLE, Fla. – March 1, 2017 – The YMCA of Florida’s First Coast is pleased to announce Atlantic Beach Urban Farms as the 2017 recipient of the E. William Nash, Jr. Legend Award for Community Partner of the Year. Presented at the 7th Annual Y-Bash held at the University of North Florida Fine Arts Center on Tuesday, Feb. 28, the award acknowledges Atlantic Beach Urban Farms, and its founder and chair Tracey Westbrook, for the vision and support of the SEEDifferently initiative that teaches children, families and adults about nutrition, environmental sustainability, diversity and the importance of a healthy lifestyle.

The partnership between Atlantic Beach Urban Farms and the YMCA of Florida’s First Coast has led to the development and success of SEEDifferently. Since its inception in 2015, SEEDifferently has harvested more than 3,000 plants and provided more than 900 meals to local residents.

“We are proud to recognize the outstanding achievements Atlantic Beach Urban Farms has delivered for the First Coast community,” said YMCA of Florida’s First Coast President and CEO Eric Mann. “Its efforts with the Y in the development of SEEDifferently demonstrate a strong commitment to advocating a healthy lifestyle and preserving a sustainable future for generations to come.”

Jacksonville has 30 food deserts, meaning that thousands of residents do not live within easy access of a supermarket or any place where fresh food and produce is consistently available. SEEDifferently’s vertical aeroponic gardening systems use 90 percent less water and grow 30 percent faster than traditional gardens, promoting healthy food access to all area residents.

In addition, the Y and Atlantic Beach Urban Farms have started a Growing Academy to show members and participants that growing their own food can make a positive difference within their families, as well as in the community.

YMCA of Florida’s First Coast recognizes its staff, volunteers and community partners annually at the Y-Bash, an event celebrating their community impact through youth development, healthy living and social responsibility. At this year’s event, the Y announced its funding priorities for the following year and its goal to raise $1.55 million. This year’s four funding priorities include:

Funding these priorities and the dedication of community partners such as Atlantic Beach Urban Farms helps the Y build a strong, supportive foundation for the communities it serves. Past recipients of the E. William Nash, Jr. Legend Award for Community Partner of the Year include the Jacksonville Sports Council, Baptist Health, Clay County School District UF Health and Vystar Credit Union.

For more than 100 years, YMCA of Florida’s First Coast has been providing men, women and children of all ages, and from all walks of life, opportunities to build stronger bonds, live healthy and become more engaged with their communities. Learn more: www.FirstCoastYMCA.org.