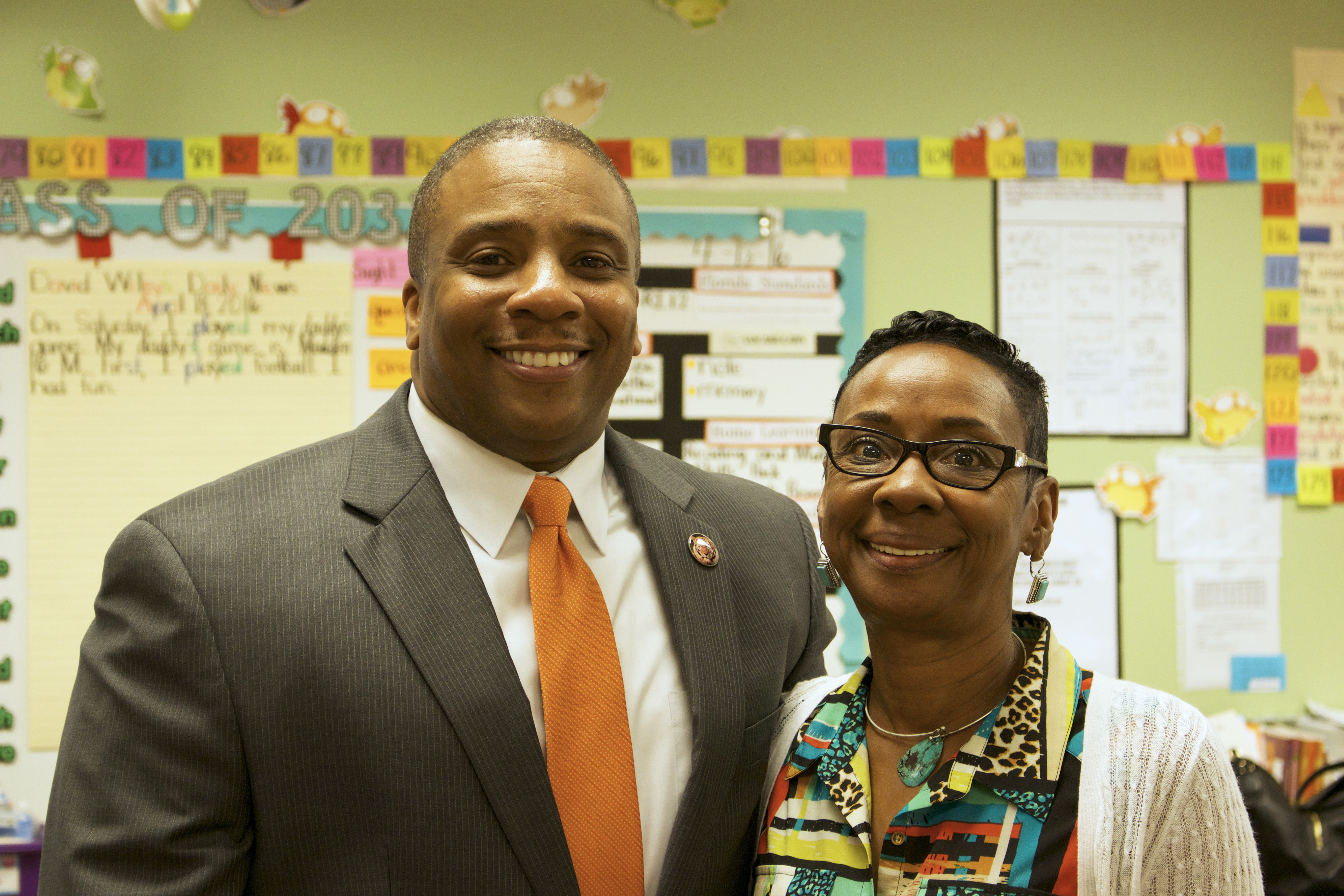 Teaching for 42 years has taught Susan Harper many lessons, but none prepared her for the surprise she received this week at Tiger Academy. The kindergarten teacher learned she was one of four recipients of the 2016 Gladys Prior Awards for Career Teaching. Each recipient received $15,000.

“It was a big, big surprise,” said Harper with tear-filled eyes. Cheers filled her classroom as Harper held a bouquet of roses and received a hug from principal Charles McWhite.

“I call them my kids,” said Harper of her students as they began to run up and hug her. Her dedication quickly became evident, as Harper swiftly resumed teaching her students despite the media presence, camera flashes, and applause.

The Gladys Prior Awards for Career Teaching Excellence are among the largest monetary awards for teachers in the nation.

Gilchrist Berg, a Jacksonville-area businessman and longtime YMCA supporter, established the awards in 1998 to honor his 4th grade teacher, Gladys Prior. Teachers are nominated based on criteria including evidence of sustained inspiration to students, evidence of sustained teaching excellence and 10 or more years in the classroom.

Harper feels that part of her students’ success lies in her practice of never placing limits on them of what they can accomplish.

“Tiger Academy is delighted that Ms. Harper has been honored for her dedication,” said principal Charles McWhite. “She continues to push her students towards greater academic achievement, and we hope she will continue to develop young minds in our community for many more years to come.”

The other recipients of this year’s Gladys Prior Awards are Scott Sowell, a science teacher at Darnell-Cookman Middle / High School; Judy Reppert, a social students and civics teacher at Martin J. Gottlieb Day School; and Mark McGiveron, a math teacher at Fletcher Middle School.